An informative overview of the origins, benefits, similarities and differences of these two very popular exercise techniques. Ultimately, you might want to try them both. 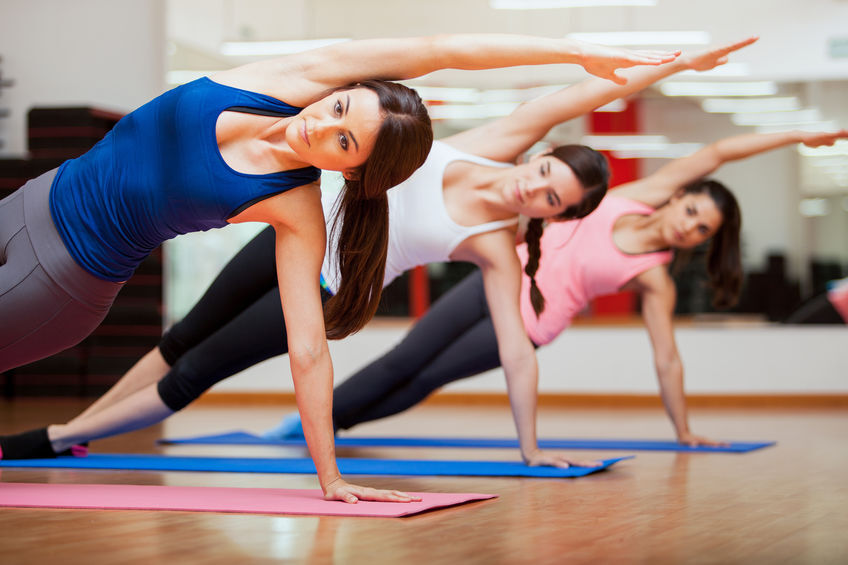 Yoga and Pilates are two types of low impact exercises that help keep your body limber and toned. To some, the results of these two exercises appear interchangeable; to others, they are as different as apples and oranges. Understanding what each exercise can provide may help you choose between the two.

The Origins of Yoga

The actual origins of yoga is not very clear as much of it was transmitted orally or written on a delicate palm tree material. According to yogabasics.com, yoga is thought to have originated approximately 5000 years ago in Northern India when the word “yoga” was first discovered in ancient, sacred texts, the Rig Veda.

These texts gave Brahmans, Vedic priests, songs, mantras, and rituals to follow where the mind body and spirit would be unified through physical movement, medication and various breathing strategies. (1). Since then, yoga has evolved drastically, but the emphasis is still the same. From classical yoga, which includes Patanjali, the father of yoga, to post-classical yoga, where Tantra yoga and Hatha yoga originated.

Lastly, we move into modern-day yoga. Yoga is uniquely versatile as classes can have varying intensity levels and results. Yoga was shared throughout the world when yoga masters traveled to the West sharing their practice and attracting more followers. For the longest time it was mostly a male-dominated practice, it has grown to include women and is now practiced by millions of people worldwide.

The Origins of Pilates

Pilates was developed by Joseph Pilates, who grew up with asthma and other ailments that affected his health. Pilates.com states that he idolized the Greek ideals, that the body, mind, and spirit were balanced together. Thus, he created a series of exercises to improve his health and stamina.

During World War I, Joseph was living in Britain. However, he became considered an enemy alien and was interned. During his interment, he taught his exercises to a group of captives. His teachings were then validated when influenza struck the camp, infecting many of the prisoners. However, those individuals who practiced his techniques survived compared to others who didn’t practice his techniques.

In 1926 he moved to the United States where he opened a fitness studio and continued to share his techniques, largely with dancers. Some of his students decided to become teachers themselves, who would later come to be known as “elders.” He continued to teach until he died at the age of 87.

Healthline.com describes the following similarities between the two. First, both require minimal space and equipment. A mat is often enough to complete an exercise sequence. Second, they both necessitate that the person focuses on their breathing along with their movement on the mat.

Both exercises involve mental focus and can help to alleviate stress. Lastly, they can both be personalized to suit your fitness level and are low impact, particularly when it comes to your joints. As such, they are suitable for all ages and body types. This is great when it comes to developing a way to take care of your body, as you can read more about in our post on health secrets I wish I knew when I was 20.

The differences between the two exercises are rather subtle and a better question might be what do you hope to accomplish from the exercise? For example, both still aid in relieving back pain but in different poses and techniques. However, if you are focused on mat work, yoga has a wider variety compared to Pilates.

Yoga has, at a minimum, eight styles, from Vinyasa, which flows like a dance linking breath to movement, to Hatha, which is slower and requires you to hold a pose for multiple breaths. Because of these variations, people who practice yoga will often say there is a type of yoga for whatever ails you.

If you suffer from body anxiety or depression, yoga may be a better fit as it truly focuses on body empowerment and strengthening the mind. Yoga has also been shown to better improve one’s flexibility through its poses while Pilates focuses more on relaxing the muscles through exercise.

Some argue that Pilates is better for back pain sufferers as an inexperienced yogi could worsen their pain if they don’t modify their poses. Those who practice Pilates focus less on bending and flexibility and more on strengthening the muscles needed to improve their overall core strength and back muscles. But for one particular man, as seen in our men’s health success stories, it was ultimately yoga that saved him.

Perhaps one of the most significant differences between the two is while Pilates focuses strictly on physical health, while yoga is a path to enlightenment and spirituality. In fact, the father of yoga came up with the idea of the Eight Limbs of yoga.

The physical practice is one of the eight limbs, the fourth limb, otherwise known as Asana. The first four, including Asana, are as follows: Yama (ethical standards), Niyama (self-discipline and spiritual observances), Pranayama (breath).

The last four are achieved through meditation and are known as Pratyahara (sensory transcendence), Dharana (concentration), Dhyana (being aware without focus), and Samadhi (transcendence of the self). As these are quite complex, if you want to know more, yogajournal.com can give you all the details.

While one is not required to follow the path of all the Eight Limbs to practice yoga, many find that once they practice the physical part, they are compelled to learn more. In some ways, yoga seems infinite in its practice, while Pilates has an unchanging structure that also appeals to many.

Over the years, I have practiced both yoga and Pilates. Pilates back in my younger days when I kept seeing the same infomercial advertising the benefits by Daisy Fuentes. Yoga is my current practice of choice, which is not to say that it is better… it just fits my current needs more.

Ultimately, the choice is yours. Regardless of your ultimate preference, maybe you even choose to practice both, you will reap the benefits they have to offer as long as you actually start the exercise and stay consistent. Remember, iImproving your health is always a win.