Inspiring true-life stories of men who have overcome health challenges and how they did it. 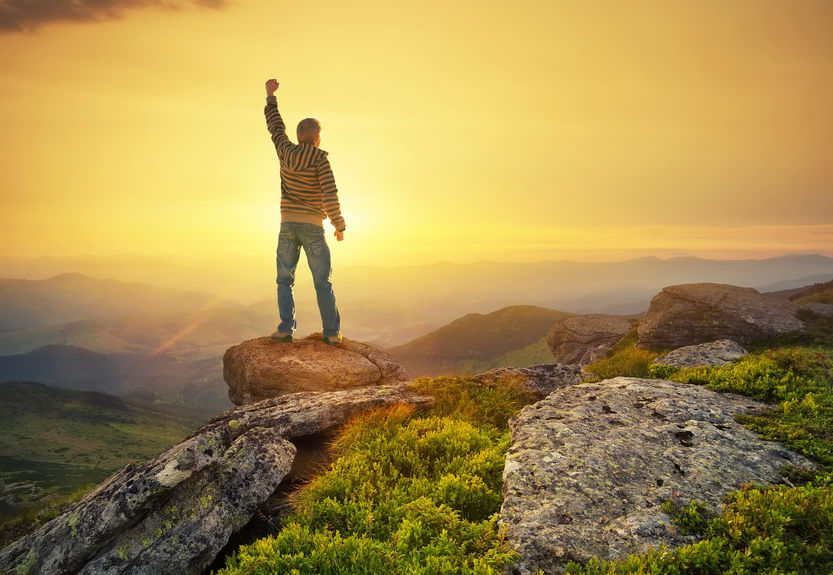 Have you ever noticed how men’s health is often discussed in a negative manner? Many articles, podcasts, etc highlight how men rarely take the initiative to change their health, are reluctant to change their unhealthy habits to healthy habits and are not conscientious about receiving regular health care.

However, there are many men who have overcome difficult health challenges. While many successes center around weight loss, which is a tremendous accomplishment in and of itself, I wanted to include some other stories that also showed how men overcame adversity as well. Without further ado, let’s take a look at the four following brave men.

47 year old Arthur Boorman was told he would neither run nor walk again, unassisted. As a parachuter during the Gulf War, the falls took a toll on his back and knees, limiting his mobility when he was discharged. Add to this PTSD and using food for comfort, Arthur quickly gained weight and weighed 390 pounds at his heaviest. In the army, he weighed 185 pounds.

Verywellfit.com describes the story of how Arthur had reached out to fitness experts, particularly in yoga, to gain help with his back pain, but no one would work with him. Arthur became interested in former wrestler Diamond Dallas, who incorporated yoga and a healthy diet to help heal himself after years of wrestling.

Diamond Dallas heard his story and wanted to help. Slowly, Arthur followed the yoga videos and used props such as chairs and blocks to help him balance. As he went through the classes, he found himself getting stronger and gaining more confidence.

Watching his video is inspiring, as even with every fall, he gets back up every time. While Arthur’s weight loss is notable, 100 pounds in six months and 140 pounds in ten month, it is Arthur’s ability to run and his flexibility that is truly the most remarkable.

This is the story of an American Ninja Warrior who, according to kctv5.com, developed melanoma skin cancer while he was working as a pilot. Doctors prescribed the traditional form of treatment:chemotherapy. However, Eric wanted to see if there were other treatment options besides chemo before he committed to a course of action.

He discovered that chemo did not guarantee any greater success in beating the cancer than if he chose to not receive the treatment. As a result, he looked deeper into other possibilities and settled on the Gerson Therapy.

While chemotherapy focuses on the killing of the cancerous cells, the Gerson Therapy focuses on nurturing and supporting the healthy cells with strict, clean eating.Even though it is considered controversial by standard of care practice standards, Eric wanted to give it a try.

Gerson Therapy required him to consume 15-20 pounds of organically grown fruits and vegetables every day. These were to be consumed every hour, for 13 hours total. As this protocol was a plant-based diet he had to give up dairy, sugar, meat, processed foods, and alcohol and committed to it for two years. Want to learn how to still have sweet treats without the sugar? Our post on 7 sugar alternatives will give you all the answers you need.

The result? All of his 13 tumors are gone, and he is cancer-free. He also went on to compete in America Ninja Warrior and feels as though he is in the best shape of his life. What an amazing road to recovery through clean eating!

While most people know Montel Williams as a former talk show host, his career began much earlier than that. Everydayhealth.com describes his story in detail. He spent 22 years as a naval intelligence officer, and then became a motivational speaker.

From 1991 to 1998, he leveraged his well known talk show to help and inspire people, going on to win 2 Emmys. Throughout his entire life, he always felt healthy with the occasional health issues. These issues included loss of eyesight, pain, and numbness in his body, but these symptoms would always fade in time.

In 1999 he was officially diagnosed with Multiple Sclerosis (MS), when he could barely walk due to the pain and numbness he felt in his legs. As described by mayoclinic.org, MS involves the affected person’s own immune system damaging the material that protects the nerve fibers, the myelin sheath.

This means that the brain can not always send messages to the body; the result is vision problems, numbness, pain, and fatigue, for many of its patients. At one point, the pain was so much for Montel that he considered ending his own life, despite being a father to four children.

Instead of ending his life, he decided that he would rather use his disease as a call to action. Today, he controls his symptoms with exercise, healthy eating, and medication injections. He focuses a lot on eating anti-inflammatory foods such as colorful fruits and green vegetables.

His days consist of exercise, a raw smoothie, fruit and nuts, and one cooked meal each day. He only eats red meat once every ten days and otherwise alternates between fish and chicken. He also drinks a lot of coconut water for its ability to hydrate and high potassium content.

He has said that when he wakes up every morning, he is sore. But through regular exercise each morning his symptoms fade for the rest of the day. He has also touted the benefits of snowboarding that aid in reducing his symptoms for days. Today, he is an advocate for helping fellow MS sufferers.

To add to his story of battling a lifetime of MS symptoms, when Montel turned 62, he suffered a rare hemorrhagic stroke. The stroke left him in the hospital for 21 days, barely able to talk or walk. He went through six weeks of challenging physical therapy and considers himself lucky to have survived.

My husband and I first saw Erik Weihenmayer on a show called Expedition Impossible. The show involves 13 teams of three racing around the world solving problems, and Erik was on one of the teams. His team was called, No Limits, for a special reason you will soon understand.

At age 13, Erik, who had been diagnosed with juvenile retinoschisis. He was completely blind. Retinoschisis involves the retina, essentially separating it into two layers and impairing one’s vision. According to rarediseases.org, peripheral vision loss is not uncommon, and in some severe cases, the retina can detach and will create a complete blind area.

Erik, not wanting to be held back by his blindness, joined the wrestling team in high school. Later, he decided to try rock climbing and went on to reach the summit of multiple mountains, including Mount Everest. He was the first blind person to accomplish this feat.

After his monumental accomplishment, he went on to achieve many more accomplishments. First, he led a group of blind kids through Tibet over the Himalayas. Next, seven years after he reached the peak of Everest, he submitted all of the Seven Summits: the highest mountains on seven continents.

The man who follows the belief of no barriers, (recall the team’s name of No Limits) at age 40, learned to kayak, and after some training and guidance, he tackled the white waters of the Grand Canyon. His self-challenges don’t end there; he continues to push himself and tackle whatever comes his way.

Each one of these men had unique stories and journeys. They all had different conditions that set them apart, and yet they also had two important factors that allowed for them to be successful: not letting a severe diagnosis determine their fate, and never giving up. Inspired by these men’s health stories? Then be sure to check out our women’s health success stories post.